The Portuguese Colonial War (بالپرتغالية: Guerra Colonial Portuguesa), also known in Portugal as the Overseas War (Guerra do Ultramar) or in the former colonies as the War of Liberation (Guerra de Libertação), was fought between Portugal's military and the emerging nationalist movements in Portugal's African colonies between 1961 and 1974. The Portuguese regime was overthrown by a military coup in 1974, and the change in government brought the conflict to an end. The war was a decisive ideological struggle in Lusophone Africa, surrounding nations, and mainland Portugal.

The prevalent Portuguese and international historical approach considers the Portuguese Colonial War as was perceived at the time: a single conflict fought in three separate theaters of operations: Angola, Guinea-Bissau and Mozambique (sometimes including the 1961 Indian Annexation of Goa).

Unlike other European nations during the 1950s and 1960s, the Portuguese Estado Novo regime did not withdraw from its African colonies, or the overseas provinces (províncias ultramarinas) as those territories had been officially called since 1951. During the 1960s, various armed independence movements became active: the People's Movement for the Liberation of Angola, National Liberation Front of Angola, National Union for the Total Independence of Angola in Angola, African Party for the Independence of Guinea and Cape Verde in Portuguese Guinea, and the Mozambique Liberation Front in Mozambique. During the ensuing conflict, atrocities were committed by all forces involved.[5]

Throughout the period Portugal faced increasing dissent, arms embargoes and other punitive sanctions imposed by the international community. By 1973, the war had become increasingly unpopular due to its length and financial costs, the worsening of diplomatic relations with other United Nations members, and the role it had always played as a factor of perpetuation of the entrenched Estado Novo regime and the non-democratic status quo.

The end of the war came with the Carnation Revolution military coup of April 1974. The withdrawal resulted in the exodus of hundreds of thousands of Portuguese citizens[6] plus military personnel of European, African and mixed ethnicity from the former Portuguese territories and newly independent African nations.[7][8][9] This migration is regarded as one of the largest peaceful migrations in the world's history.[10]

The former colonies faced severe problems after independence. Devastating and violent civil wars followed in Angola and Mozambique, which lasted several decades, claimed millions of lives, and resulted in large numbers of displaced refugees.[11] Economic and social recession, authoritarianism, lack of democracy and other elemental civil and political rights, corruption, poverty, inequality, and failed central planning eroded the initial revolutionary zeal.[12][13][14] A level of social order and economic development comparable to what had existed under Portuguese rule, including during the period of the Colonial War, became the goal of the independent territories.[15]

The former Portuguese territories in Africa became sovereign states, with Agostinho Neto in Angola, Samora Machel in Mozambique, Luís Cabral in Guinea-Bissau, Manuel Pinto da Costa in São Tomé and Príncipe, and Aristides Pereira in Cape Verde as the heads of state.

Scramble for Africa and the World Wars 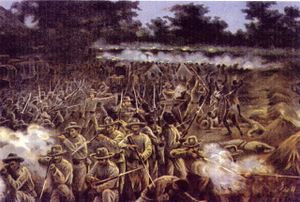 The Battle of Marracuene in 1895 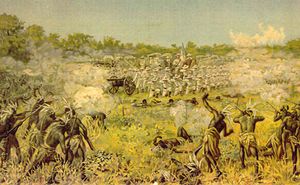 Portugal's colonial claim to the region was recognized by the other European powers during the 1880s, during the Scramble for Africa, and the final boundaries of Portuguese Africa were agreed by negotiation in Europe in 1891. At the time Portugal was in effective control of little more than the coastal strip of both Angola and Mozambique, but important inroads into the interior had been made since the first half of the 19th century. In Angola, construction of a railway from Luanda to Malanje, in the fertile highlands, was started in 1885. 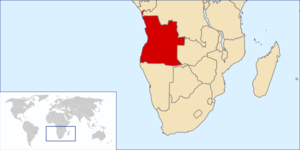 Map showing the location of Angola in modern-day Africa 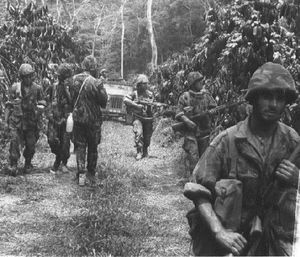 Portuguese Army soldiers in the beginning of the War in Angola. The camouflage uniforms and the FN FAL assault rifles identify them as Caçadores Especiais. At this time, the remaining Army forces still wore yellow khaki field uniforms and were mostly armed with bolt action rifles. 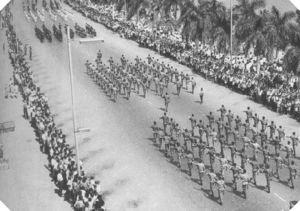 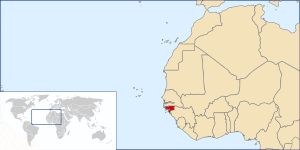 Guinea-Bissau, formerly Portuguese Guinea, on a map of Africa 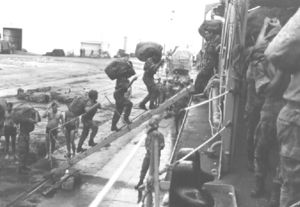 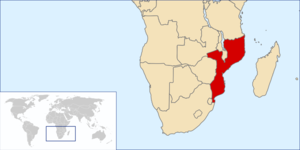 Role of the Organisation of African Unity 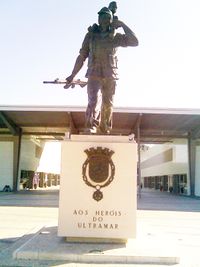 Portuguese soldier with black Afro-Portuguese child, a monument to the Portuguese Overseas Territories' Heroes (Heróis do Ultramar), in Coimbra, Portugal.

After the coup on April 25, 1974, while the power struggle for control of Portugal's government was occurring in Lisbon, many Portuguese Army units serving in Africa simply ceased field operations, in some cases ignoring orders to continue fighting and withdrawing into barracks, in others negotiating local ceasefire agreements with insurgents.[16] 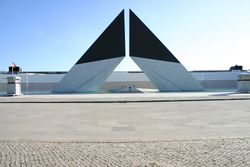 Monument in Lisbon to Portuguese soldiers who died in the Overseas War (1961–1975).

Portugal had been the first European power to establish a colony in Africa when it captured Ceuta in 1415 and now it was one of the last to leave. The departure of the Portuguese from Angola and Mozambique increased the isolation of Rhodesia, where white minority rule ended in 1980 when the territory gained international recognition as the Republic of Zimbabwe with Robert Mugabe as the head of government. The former Portuguese territories in Africa became sovereign states with Agostinho Neto (followed in 1979 by José Eduardo dos Santos) in Angola, Samora Machel (followed in 1986 by Joaquim Chissano) in Mozambique and Luís Cabral (followed in 1980 by Nino Vieira) in Guinea-Bissau, as heads of state.

Economic consequences of the war 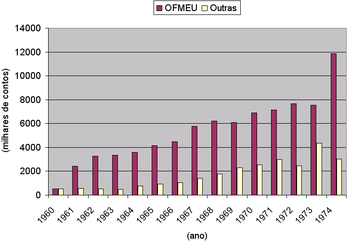 Evolution of the expenditure of the Portuguese state with the military during the war.
انظر أيضاً: Economic history of Portugal

Films about the war