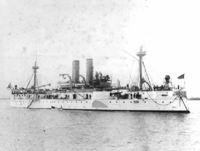 The original flag of the Philippines as conceived by General Emilio Aguinaldo. The blue is of a lighter shade than the currently mandated royal blue, the sun has eight points as currently but many more rays and it has a mythical face. 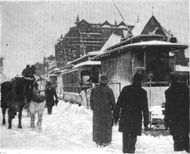 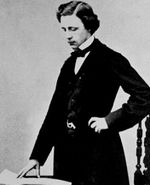 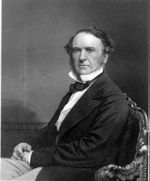