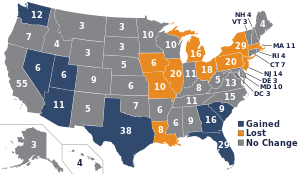 The following are individuals who have either formally announced that they are running for president in 2012 and/or have filed as a candidate with the Federal Election Commission (FEC), or have formed an exploratory committee for a possible presidential run in 2012.

The following are individuals who are or have been the subject of speculation in prominent media sources as being possible presidential contenders in the 2012 election. The speculation may stem from noted media analysts and commentators, or from actions or comments made by the individuals themselves — which suggest the possibility of a presidential run — as reported in reliable media sources.

None of the following has formally announced his or her candidacy for the Republican Party nomination. The following individuals are currently speculated about as possible candidates:

No candidates have officially, or unofficially, declared their candidacy for the Constitution Party.

The following candidates have stated they do not plan to run in the 2012 presidential election. However, some candidates in past elections have denied intentions to run and later entered into those races.