Statistically, this year is considered the end of the whale oil industry and (in replacement) the beginning of the petroleum oil industry. [1] 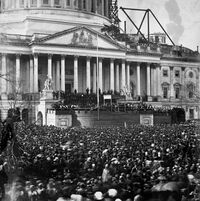