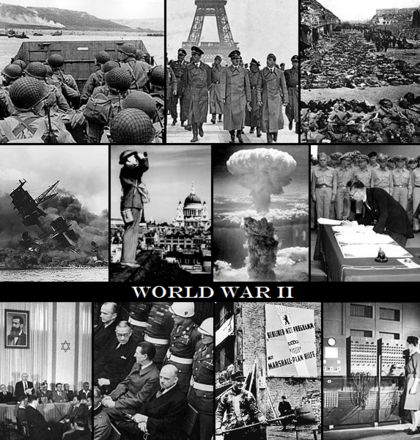 Above title bar: events during الحرب العالمية الثانية (1939–1945): From left to right: Troops in an LCVP landing craft approaching "Omaha" Beach on "D-Day"; Adolf Hitler visits Paris, soon after the Battle of France; The Holocaust occurred during the war as Nazi Germany carried out a programme of systematic state-sponsored genocide, during which approximately six million European Jews were killed; The Japanese attack on the American naval base of Pearl Harbor launches the الولايات المتحدة into the war; An Observer Corps spotter scans the skies of لندن during the Battle of Britain; The atomic bombings of Hiroshima and Nagasaki are the first uses of nuclear weapons, killing over a quarter million people and leading to the Japanese surrender; Japanese Foreign Minister Mamoru Shigemitsu signs the Instrument of Surrender on behalf of the Japanese Government, on board USS Missouri, effectively ending the war.

Below title bar: events after World War II: From left to right: The Declaration of the State of Israel in 1948; The Nuremberg Trials were held after the war, in which the prominent members of the political, military, and economic leadership of the defeated Nazi Germany were prosecuted; After the war, the United States carried out the Marshall Plan, which aimed at rebuilding Western Europe; ENIAC, the world's first general-purpose electronic computer.

The 1940s (pronounced "nineteen-forties" and commonly abbreviated as the "Forties") was a decade of the Gregorian calendar that began on January 1, 1940 and ended on December 31, 1949.

Most of الحرب العالمية الثانية took place in the first half of the decade, which had a profound effect on most countries and people in Europe, Asia, and elsewhere. The consequences of the war lingered well into the second half of the decade, with a war-weary Europe divided between the jostling spheres of influence of the Western world and الاتحاد السوڤيتي, leading to the beginning of the Cold War. To some degree internal and external tensions in the post-war era were managed by new institutions, including the United Nations, the welfare state, and the Bretton Woods system, facilitating the post–World War II boom, which lasted well into the 1970s. However, the conditions of the post-war world encouraged decolonialization and emergence of new states and governments, with India, Pakistan, Israel, Vietnam, and others declaring independence, although rarely without bloodshed. The decade also witnessed the early beginnings of new technologies (such as computers, nuclear power, and jet propulsion), often first developed in tandem with the war effort, and later adapted and improved upon in the post-war era. 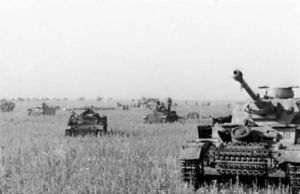 Battle of Kursk, the largest tank battle ever fought, June 1943 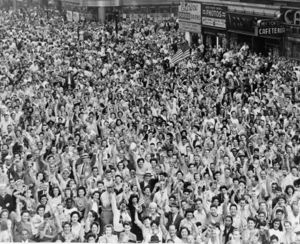 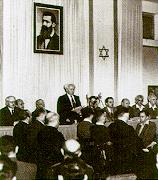 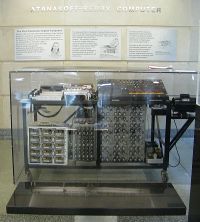 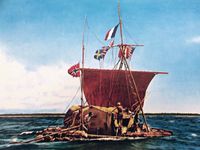 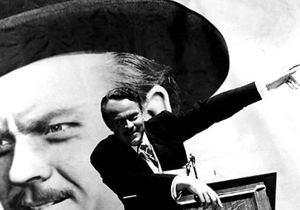 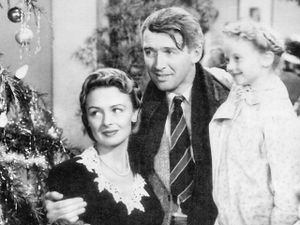 Although the 1940s was a decade dominated by الحرب العالمية الثانية, important and noteworthy films about a wide variety of subjects were made during that era. Hollywood was instrumental in producing dozens of classic films during the 1940s, several of which were about the war and some are on most lists of all-time great films. European cinema survived although obviously curtailed during wartime and yet many films of high quality were made in the United Kingdom, France, Italy, the Soviet Union and elsewhere in Europe. The cinema of Japan also survived. Akira Kurosawa and other directors managed to produce significant films during the 1940s.

Film Noir, a film style that incorporated crime dramas with dark images, became largely prevalent during the decade. Films such as The Maltese Falcon and The Big Sleep are considered classics and helped launch the careers of legendary actors such as Humphrey Bogart and Ava Gardner. The genre has been widely copied since its initial inception.

In Japanese cinema, The 47 Ronin is a 1941 black and white two-part Japanese film directed by Kenji Mizoguchi. The Men Who Tread on the Tiger's Tail (1945), and the post-war Drunken Angel (1948), and Stray Dog (1949), directed by Akira Kurosawa are considered important early works leading to his first masterpieces of the 1950s. Drunken Angel (1948), marked the beginning of the successful collaboration between Kurosawa and actor Toshiro Mifune that lasted until 1965.

Even with the challenges imposed by shortages in rayon, nylon, wool, leather, rubber, metal (for snaps, buckles, and embellishments), and even the amount of fabric that could be used in any one garment, the fashion industry's wheels kept chugging slowly along, producing what it could. After the fall of France in 1940, Hollywood drove fashion in the United States almost entirely, with the exception of a few trends coming from war torn London in 1944 and 1945, as America's own rationing hit full force, and the idea of function seemed to overtake fashion, if only for a few short months until the end of the war. Fabrics shifted dramatically as rationing and wartime shortages controlled import items such as silk and furs. Floral prints seem to dominate the early 1940s, with the mid-to-late 1940s also seeing what is sometimes referred to as "atomic prints" or geometric patterns and shapes. The color of fashion seemed to even go to war, with patriotic nautical themes and dark greens and khakis dominating the color palettes, as trousers and wedges slowly replaced the dresses and more traditional heels due to shortages in stockings and gasoline.

During the 1940s Sporting events were disrupted and changed by the events that engaged and shaped the entire world. The 1940 and 1944 Olympic Games were cancelled because of الحرب العالمية الثانية. During الحرب العالمية الثانية in the United States Heavyweight Boxing Champion Joe Louis and numerous stars and performers from American baseball and other sports served in the armed forces until the end of the war. Among the many baseball players (including well known stars) who served during World War II were Moe Berg, Joe DiMaggio, Bob Feller, Hank Greenberg, Stan Musial (in 1945), Warren Spahn, and Ted Williams. They like many others sacrificed their personal and valuable career time for the benefit and well being of the rest of society. The Summer Olympics were resumed in 1948 in لندن and the Winter games were held that year in St. Moritz, Switzerland. 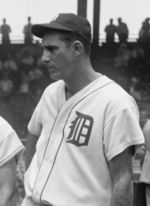 During the early 1940s الحرب العالمية الثانية had an enormous impact on Major League Baseball as many players including many of the most successful stars joined the war effort. After the war many players returned to their teams, while the major event of the second half of the 1940s was the 1945 signing of Jackie Robinson to a players contract by Branch Rickey the general manager of the Brooklyn Dodgers. Signing Robinson opened the door to the integration of Major League Baseball finally putting an end to the professional discrimination that had characterized the sport since the 19th century.

During the mid-1930s and throughout the years leading up to the 1940s Joe Louis was an enormously popular Heavyweight boxer. In 1936 he lost an important 12 round fight (his first loss) to the German boxer Max Schmeling and he vowed to meet Schmeling once again in the ring. Louis' comeback bout against Schmeling became an international symbol of the struggle between the USA and democracy against Nazism and Fascism. When on June 22, 1938, Louis knocked Schmeling out in the first few seconds of the first round during their rematch at Yankee Stadium, his sensational comeback victory riveted the entire nation. Louis enlisted in the U.S. Army on January 10, 1942 in response to the Japanese attack on Pearl Harbor. Louis' cultural impact was felt well outside the ring. He is widely regarded as the first African American to achieve the status of a nationwide hero within the United States, and was also a focal point of anti-Nazi sentiment leading up to and during الحرب العالمية الثانية.[10]

The following articles contain brief timelines listing the most prominent events of the decade.