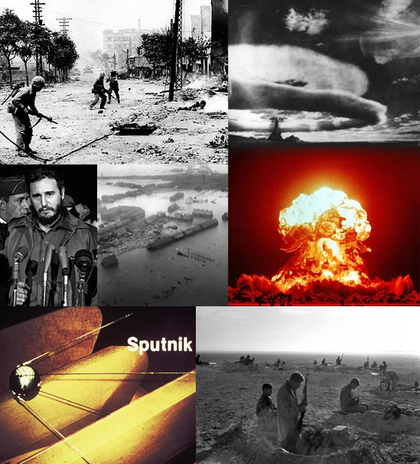 عقد 1950 أو الخمسينيات كانت عقداً بدأ في 1 يناير 1950 and ended on December 31, 1959. By its end, the world had largely recovered from World War II and the Cold War developed from its modest beginning in the late 1940s to a hot competition between the United States and the Soviet Union by the beginning of the 1960s.

Clashes between communism and capitalism dominated the decade, especially in the Northern Hemisphere. The conflicts included the الحرب الكورية في بداية العقد وبداية سباق الفضاء with the launch of Sputnik I. Along with increased testing of nuclear weapons (such as RDS-37 and Upshot-Knothole), this created a politically conservative climate. In the United States, the Red Scare (fear of communism) caused public Congressional hearings by both houses in Congress and anti-communism was the prevailing sentiment in the United States throughout the decade. بداية إزالة الاستعمار في أفريقيا وآسيا occurred in this decade and accelerated in the following decade, the 1960s. 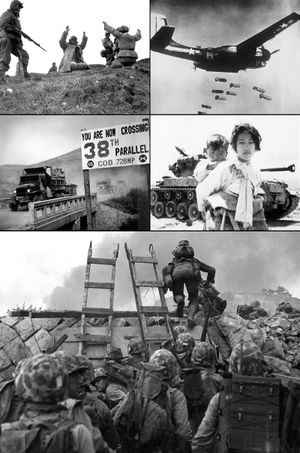 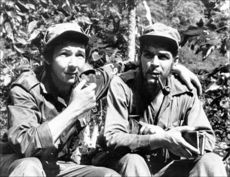 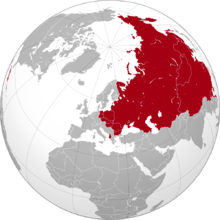 The maximum territorial extent of countries in the world under Soviet influence, after the Cuban Revolution of 1959 and before the official Sino-Soviet split of 1961 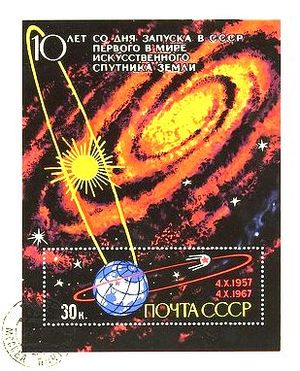 Television, which first reached the marketplace in the 1940s, attained maturity during the 50s and by the end of the decade, most American households owned a TV set. A rush to produce larger screens than the tiny ones found on 40s models occurred during 1950-52. In 1954, RCA introduced the CTC-1, the first color TV to utilize the NTSC video standard. It was expensive however, and black-and-white sets would remain the norm for the next decade. The Chevrolet Corvette becomes the first car to have an all-fiberglass body in 1953. In 1954 Bell Telephone Labs produced the first Solar battery. In 1954 you could get a yard of contact paper for only 59 cents. Polypropylene was invented in 1954. In 1955 Jonas Salk invented a polio vaccine which was given to more than seven million American students. In 1956 a solar powered wrist watch was invented. A surprise came in 1957; a 184-رطل (83 kغ) satellite named Sputnik 1 was launched by the Soviets. The space race began 4 months later as the United States launched a smaller satellite. In 1958 the first plastic Coke bottle appeared. 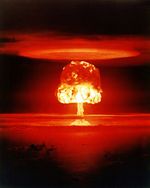 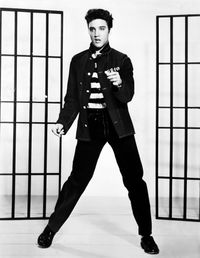 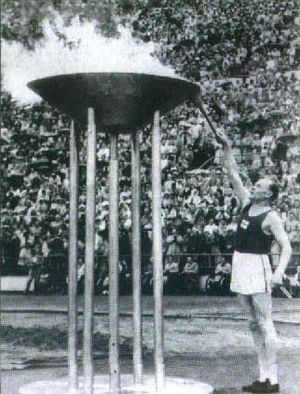 Paavo Nurmi and the Olympic Flame in the opening ceremony of the 1952 Summer Olympics.

The following articles contain brief timelines which list the most prominent events of the decade: