The Java War (also known as the "Diponegoro War") was fought in Java between 1825 and 1830. It started as a rebellion led by Prince Diponegoro after the Dutch decided to build a road across a piece of his property that contained his parents' tomb.

The rebellion finally ended in 1830, after Prince Diponegoro was tricked into entering Dutch custody near Magelang، believing he was there for negotiations for a possible cease-fire. It is estimated that 200,000[1] died over the course of the conflict, 8,000 being Dutch.[1] 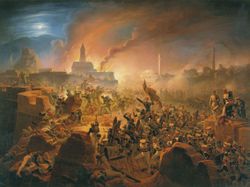 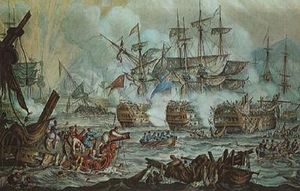 At the start of the decade, most of Greece was under the rule of the Ottoman Empire، as it had been since 1453, despite frequent revolts.[8] In early 1821, a secret organization called the Filiki Eteria instigated several battles that, together with the blessing of a Greek flag and proclamation of uprising by Bishop Germanos of Patras on March 25, marked the beginning of the revolution.[9][10][11] The uprising successfully established a foothold in the Peloponnese، seizing Tripolitsa in September 1821, and had some success in Crete، Macedonia and Central Greece.

Between 1821 and 1824, first and second national assemblies were held, and the constitutions of 1822 and of 1823 were established. However, revolutionary activity was fragmented, resulting in the civil wars of 1824–1825. The Greek side withstood the Turkish attacks because, during this period, the Ottoman military campaigns were periodic and uncoordinated.

That changed when the Ottoman Sultan Mahmud II negotiated with محمد علي باشا من مصر، الذي وافق على ارسال ابنه إبراهيم باشا إلى اليونان على رأس جيش لإخماد الثورة مقابل الحصول على بعض الأقاليم. Ibrahim landed in the Peloponnese in February 1825 and secured most of the peninsula by the end of 1825. He then helped break the siege of Missolonghi. Although Ibrahim was defeated in Mani، he had succeeded in suppressing most of the revolt in the Peloponnese and Athens had been retaken.

Following years of negotiation, three Great Powers, Russia، the United Kingdom and France had come to agree to the formation of an autonomous Greek state under Ottoman suzerainty، as stipulated in the معاهدة لندن. Ottoman refusal to accept these terms led to the Battle of Navarino، which effectively secured complete Greek independence. That year, the Third National Assembly at Troezen established the First Hellenic Republic. With the help of a French expeditionary force، the Greeks drove the Turks out of the Peloponnese and proceeded to the captured part of Central Greece by 1828. As a result of years of negotiation, Greece was finally recognized as an independent nation in May 1832.

In the 1820s, the British government was formally headed by King George IV، but in practice, was led by his Prime Ministers Lord Liverpool (1812–1827), George Canning (1827), Lord Goderich (1827–1828), and Duke of Wellington (1828–1830). This decade was largely peaceful for Britain, with some foreign intervention. The British supported the Portuguese liberals in the Liberal Wars، and supported Greek rebels in the war for independence. During this time, London became the largest city of the world, taking the lead from Beijing.[12]

Domestic tensions ran high at the start of the decade, with the Peterloo Massacre (1819), the Cato Street Conspiracy (1820), and the Radical War (1820) in Scotland. However, by the end of the 1820s, many repressive laws were repealed. In 1822, Britain repealed the death penalty for over 100 crimes, and punishments such as drawing and quartering and flagellation fell out of use. Seditious Meetings Prevention Act (barring large assemblies) and the Combination Act (banning trade unions) were repealed in 1824. The Catholic Relief Act by Parliament of the United Kingdom granted a substantial measure of Catholic Emancipation in Britain and Ireland.[7] 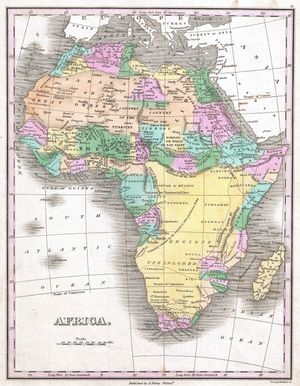 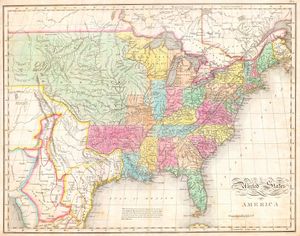 John Melish map of the United States circa 1822

At the beginning of the 1820s, the United States stretched from the Atlantic Ocean through to (roughly) the western edge of the Mississippi basin, though Florida, Michigan, Wisconsin and all present-day states fully west of the Mississippi had yet to be granted statehood. Two states were admitted to the union during this decade: Maine in 1820, and Missouri in 1821. The Adams–Onís Treaty، signed in 1819 and ratified by Spain in 1821, ceded Florida to the United States, and established a boundary between New Spain and the United States.

Slavery was widespread throughout the southern United States. According to the 1820 U.S. Census، the slave population at that time was 1,538,000.[13] The Missouri Compromise of 1820 prohibited slavery in the former Louisiana Territory north of the parallel 36°30′ north except within the boundaries of the proposed state of Missouri. By the 1830 U.S. Census، the slave population had risen to 2,009,043.[13] With the coordination of the American Colonization Society، many freed African-Americans repatriated to Africa during this decade to the newly formed colony of Liberia.

The political mood at the start of the 1820s was referred to as the Era of Good Feelings، following the collapse of the Federalist party. James Monroe، the sitting U.S President since 1817, was re-elected in 1820، virtually unopposed. In 1823, Monroe introduced the Monroe Doctrine in the State of the Union Address، declaring that any European attempts to recolonize the Americas would be considered a hostile act towards the United States.

The feeling of unity during the Monroe administration was dispelled in the presidential election of 1824، which due to an Electoral College stalemate, was decided in the United States House of Representatives. John Quincy Adams was chosen as the sixth U.S. President, despite receiving only 30.9% of the popular vote to Andrew Jackson's 41.3%. This gave rise to Jacksonian Nationalism and the rise of the modern Democratic Party,[14] with Andrew Jackson elected in the 1828 election.

After ten years of civil war in Mexico (then called the "Viceroyalty of New Spain") and the death of two of its founders, by early 1820 the Mexican independence movement was stalemated and close to collapse. However, the Army of the Three Guarantees was formed under the command of Colonel Agustín de Iturbide with the support of patriots and loyalists to secure independence for Mexico and the protection of Roman Catholicism. Iturbide's army was joined by rebel forces from all over Mexico, and quickly gained control of Mexico. On August 24, 1821, representatives of the Spanish crown and Iturbide signed the Treaty of Córdoba، which recognized the Mexican Empire under the terms of the Plan of Iguala.

On September 27 the Army of the Three Guarantees entered Mexico City, and the following day Iturbide proclaimed the independence of the Mexican Empire. The newly formed Mexican congress eventually declared Iturbide emperor of Mexico on May 19, 1822. Later that year, Iturbide dissolved Congress and replaced it with a sympathetic junta. However, on March 19، 1823 Iturbide abdicated.

The First Federal Republic was established on October 4, 1824. In the new constitution, the republic took the name of United Mexican States، and was defined as a representative federal republic، with Catholicism as the official and unique religion.[15] Guadalupe Victoria was the first President of Mexico from 1824 until 1829.

After Manuel Gómez Pedraza won the election to succeed Victoria, Vicente Guerrero staged a coup d'état and took the presidency on April 1, 1829.[16] Guerrero was deposed in a rebellion under Vice-President Anastasio Bustamante in December 1829. 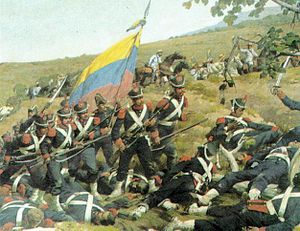 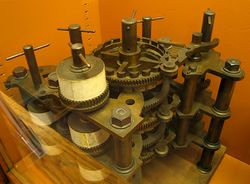 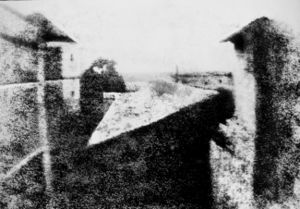 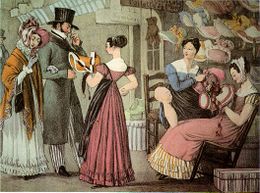 During the 1820s in European and European-influenced countries, fashionable women's clothing styles transitioned away from the classically influenced "Empire"/"Regency" styles of ca. 1795–1820 (with their relatively unconfining empire silhouette) and re-adopted elements that had been characteristic of most of the 18th century (and were to be characteristic of the remainder of the 19th century), such as full skirts and clearly visible corseting of the natural waist.

The silhouette of men's fashion changed in similar ways: by the mid-1820s coats featured broad shoulders with puffed sleeves, a narrow waist, and full skirts. Trousers were worn for smart day wear, while breeches continued in use at court and in the country.