Law was born in the British colony of New Brunswick (now a Canadian province), the first British Prime Minister to be born outside the British Isles. He was of Scottish and Ulster Scots descent and moved to Scotland in 1870. He left school aged sixteen to work in the iron industry, becoming a wealthy man by the age of thirty. He entered the House of Commons at the 1900 general election, relatively late in life for a front-rank politician; he was made a junior minister, Parliamentary Secretary to the Board of Trade, in 1902. Law joined the Shadow Cabinet in opposition after the 1906 general election. In 1911, he was appointed a Privy Councillor, before standing for the vacant party leadership. Despite never having served in the Cabinet and despite trailing third after Walter Long and Austen Chamberlain, Law became leader when the two front-runners withdrew rather than risk a draw splitting the party.

As Leader of the Conservative Party and Leader of the Opposition, Law focused his attentions in favour of tariff reform and against Irish Home Rule. His campaigning helped turn Liberal attempts to pass the Third Home Rule Bill into a three-year struggle eventually halted by the start of the First World War, with much argument over the status of the six counties in Ulster which would later become Northern Ireland, four of which were predominantly Protestant.

Law first held Cabinet office as Secretary of State for the Colonies in H. H. Asquith's Coalition Government (May 1915 – December 1916). Upon Asquith's fall from power he declined to form a government, instead serving as Chancellor of the Exchequer in David Lloyd George's Coalition Government. He resigned on grounds of ill health in early-1921. In October 1922, with Lloyd George's Coalition having become unpopular with the Conservatives, he wrote a letter to the press giving only lukewarm support to the Government's actions over Chanak. After Conservative MPs voted to end the Coalition, he again became Party Leader and, this time, Prime Minister. Bonar Law won a clear majority at the 1922 general election, and his brief premiership saw negotiation with the United States over Britain's war loans. Seriously ill with throat cancer, Law resigned in May 1923, and died later that year. He was the shortest-serving Prime Minister of the twentieth century (211 days in office), and is sometimes called "The Unknown Prime Minister".

He was born on 16 September 1858 in Kingston (now Rexton), New Brunswick, to Eliza Kidston Law and the Reverend James Law, a minister of the Free Church of Scotland with Scottish and Irish (mainly Ulster Scots) ancestry.[2] At the time of his birth, New Brunswick was still a separate colony, as the Canadian confederation did not occur until 1867.[2]

His mother originally wanted to name him after Robert Murray M'Cheyne, a preacher she greatly admired, but as his older brother was already called Robert, he was instead named after Andrew Bonar, a biographer of M'Cheyne. Throughout his life he was always called Bonar (rhyming with honour) by his family and close friends, never Andrew. He originally signed his name as A.B. Law, changing to A. Bonar Law in his thirties, and he was referred to as Bonar Law by the public as well.[3] 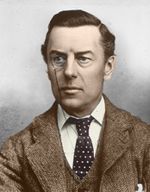 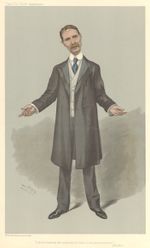 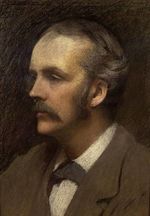 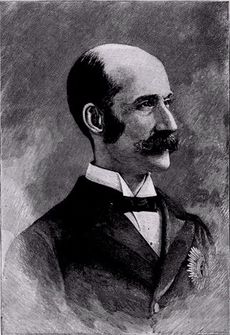 لورد لانس‌داون, Law's primary speaker for the repeal of the Referendum Pledge. 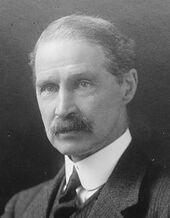