Western Han painting on الحرير was found draped over the coffin in the grave of Lady Dai (c. 168 BC) at Mawangdui near Changsha في مقاطعة هونان.

Hunan's primeval forests were first occupied by the ancestors of the modern Miao, Tujia, Dong and Yao peoples. It entered the written history of China around 350 BC, when under the kings of the Zhou Dynasty, it became part of the State of Chu. After Qin conquered the Chu heartland in 278 BC, the region came under the control of Qin, and then the Han dynasty. At this time, and for hundreds of years thereafter, it was a magnet for migration of Han Chinese from the north, who displaced or assimilated the indigenous people, cleared forests and began farming rice in the valleys and plains.[2] The agricultural colonization of the lowlands was carried out in part by the Han state, which managed river dikes to protect farmland from floods.[3] To this day many of the small villages in Hunan are named after the Han families who settled there. Migration from the north was especially prevalent during the Eastern Jin Dynasty and the Southern and Northern Dynasties Periods, when nomadic invaders pushed these peoples south.

During the Five Dynasties and Ten Kingdoms Period, Hunan was home to its own independent regime, Ma Chu.

As Mao Zedong's home province, Hunan supported the Cultural Revolution of 1966–1976. However, it was slower than most provinces in adopting the reforms implemented by Deng Xiaoping in the years that followed Mao's death in 1976. 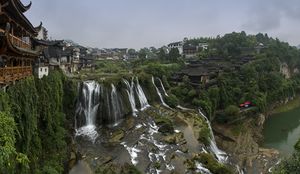 Lake Dongting is the largest lake in the province and the second largest freshwater lake of China. 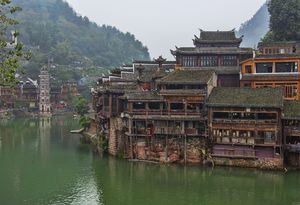 The Xiaoxiang area and Lake Dongting figure prominently in Chinese poetry and paintings, particularly during the Song Dynasty when they were associated with officials who had been unjustly dismissed.[4]

The Lengshuijiang area is noted for its stibnite mines, and is one of the major centers of antimony extraction in China.[بحاجة لمصدر] 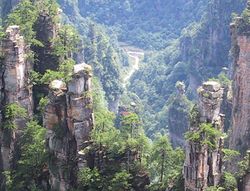 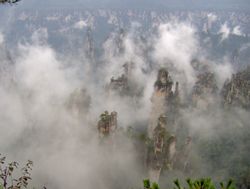