Among all sport in Turkey, the most popular one is football.[1] Turkey's top teams include Fenerbahçe, Galatasaray and Beşiktaş. In 2000, Galatasaray won the UEFA Cup and UEFA Super Cup. Two years later, the Turkish national team finished third in the 2002 FIFA World Cup Finals in Japan and South Korea, while in 2008, the national team reached the semi-finals of the UEFA Euro 2008 competition. The Atatürk Olympic Stadium in Istanbul hosted the 2005 UEFA Champions League Final, while the Şükrü Saracoğlu Stadium in Istanbul hosted the 2009 UEFA Cup Final.

Other popular mainstream sports include basketball and volleyball. Turkey hosted the Finals of EuroBasket 2001 and the 2010 FIBA World Cup, with the men's national team finishing second in both events. The national team also reached the quarter-finals of the 2006 FIBA World Cup, and 2014 FIBA World Cup. At the club level, Anadolu Efes (then known as Efes Pilsen) won the FIBA Korać Cup in 1996, finished second in the FIBA Saporta Cup in 1993, and made it to the Final Four of the EuroLeague in 2000 and 2001.[2] Also, Beşiktaş have come out as the winners of the FIBA EuroChallenge in the 2011–12 season with only a single defeat, all stages of the tournament included.[3] Fenerbahçe won the prestigious EuroLeague as the first and only Turkish club ever in the 2016–17 season.[4] Turkish basketball players such as Mehmet Okur, Hidayet Türkoğlu and Ersan İlyasova have also been successful in the NBA.

The traditional Turkish national sport has been the oil wrestling ("Yağlı güreş") since Ottoman times.[6] Edirne hosts the annual Kırkpınar oiled wrestling tournament since 1361.[7] International wrestling styles governed by FILA such as Freestyle wrestling and Greco-Roman wrestling are also popular, with many European, World and Olympic championship titles won by Turkish wrestlers both individually and as a national team.[8] Another major sport in which the Turks have been internationally successful is weightlifting. 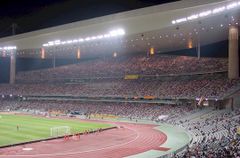 Turkey has four bordering seas; the Black Sea, Marmara Sea, Aegean Sea, and Mediterranean Sea, so it not surprising that cruising is a popular sport. There are many cruising charters available. Gulets are traditional motor yachts and gulet holidays are becoming increasingly popular.

Weightlifting has been another successful sport for Turkey, regularly relied upon to provide gold medals in the Olympics. Its most famous weightlifters, Naim Süleymanoğlu and Halil Mutlu, are only two of four weightlifters in the world to have won three gold medals in three Olympics, and among women Nurcan Taylan broke one world record.

The bays around Çesme, Alaçatı, Bodrum, and Datça peninsulas as well as Antalya have ideal wind conditions for windsurfing. Famous windsurfer Çağla Kubat is also from Turkey.