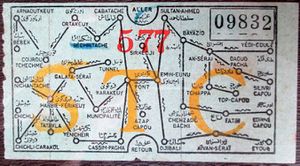 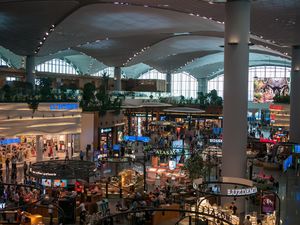 Istanbul Airport is the main international airport serving Istanbul, Turkey. It is a major hub in the world.

In 2013 there were 98 airports in Turkey,[1] including 22 international airports.[2] اعتبارا من 2015[تحديث], Istanbul Atatürk Airport is the 11th busiest airport in the world, serving 31,833,324 passengers between January and July 2014, according to Airports Council International.[3] The new (third) international airport of Istanbul is planned to be the largest airport in the world, with a capacity to serve 150 million passengers per annum.[4][5][6] Turkish Airlines, flag carrier of Turkey since 1933, was selected by Skytrax as Europe's best airline for five consecutive years in 2011, 2012, 2013, 2014 and 2015.[7][8][9] With 435 destinations (51 domestic and 384 international) in 126 countries worldwide, Turkish Airlines is the largest carrier in the world by number of countries served اعتبارا من 2016[تحديث].[10]

اعتبارا من 2014[تحديث], the country has a roadway network of 65,623 kiloمترs (40,776 ميلs).[11] The total length of the rail network was 10,991 kiloمترs (36,060,000 قدم) in 2008, including 2,133 kiloمترs (1,325 ميلs) of electrified and 457 kiloمترs (284 ميلs) of high-speed track.[12][13] The Turkish State Railways started building high-speed rail lines in 2003. The Ankara-Konya line became operational in 2011, while the Ankara-Istanbul line entered service in 2014.[13] Opened in 2013, the Marmaray tunnel under the Bosphorus connects the railway and metro lines of Istanbul's European and Asian sides; while the nearby Eurasia Tunnel (2016) provides an undersea road connection for motor vehicles.[14] The Bosphorus Bridge (1973), Fatih Sultan Mehmet Bridge (1988) and Yavuz Sultan Selim Bridge (2016) are the three suspension bridges connecting the European and Asian shores of the Bosphorus strait. The Osman Gazi Bridge (2016) connects the northern and southern shores of the Gulf of İzmit. The Çanakkale Bridge, currently under construction, will connect the European and Asian shores of the Dardanelles strait. 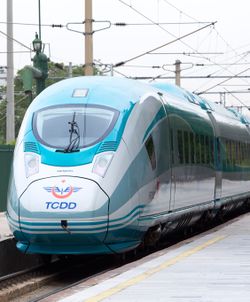 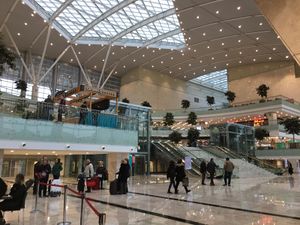 There are daily regular passenger trains all through the network.[18] TCDD has started an investment program of building 5.000 km high-speed lines until 2023. As of October 2019, three high speed train routes are running: Ankara-Eskişehir-İstanbul, Ankara-Konya and İstanbul-Eskişehir-Konya.

The freight transportation is mainly organized as block trains for domestic routes, since TCDD discourages under 200 to loads by surcharges. 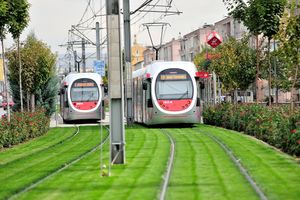 After almost 30 years without any trams, Turkey is experiencing a revival in trams. Established in 1992, the tram system of Istanbul earned the best large-scale tram management award in 2005. Another award-winning tram network belongs to Eskişehir (EsTram) where a modern tram system opened in 2004. Several other cities are planning or constructing tram lines, with modern low-flow trams.

By 2014, there have been 12 cities in Turkey using railroads for transportation.

Road transport is responsible for much air pollution in Turkey and almost a fifth of Turkey's greenhouse gas emissions, mainly via diesel.

There are three types of intercity roads in Turkey:

– The first is the historical and free road network called State roads (Devlet Yolları) that are completely under the responsibility of the General Directorate of Highways except for urban sections (like the sections falling within the inner part of ring roads of Ankara, Istanbul or İzmir. Even if they mostly possess dual carriageways and interchanges, they also have some traffic lights and intersections.

– The second type of roads are controlled-access highways that are officially named Otoyol. But it isn't uncommon that people in Turkey call them Otoban (referring to Autobahn) as this types of roads entered popular culture by the means of Turks in Germany. They also depend on the General Directorate of Highways except those that are financed with a BOT model.

– The third type of roads are provincial roads (Il Yolları) are highways of secondary importance linking districts within a province to each other , the provincial center, the districts in the neighboring provinces, the state roads, railway stations, seaports, and airports 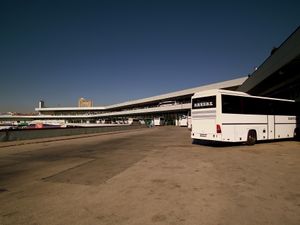 There are numerous private bus companies providing connections between cities in Turkey.[24] For local trips to villages there are dolmuşes, small vans that seat about twenty passengers. As of 2010, number of road vehicles is around 15 million. The number of vehicles by type and use is as follows.[25] 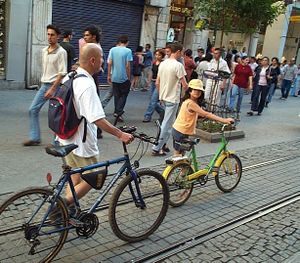 According to the figures released by Turkey's statistics authority (TurkStat) the total number of motor vehicles in Turkey reached 15.023 million as of November 2010.[27] The provinces with the highest rates of car ownership were:- 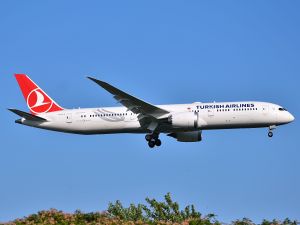 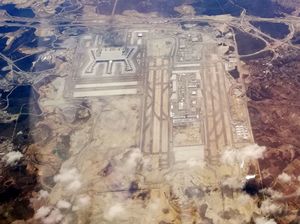