مدينة أويتا هي عاصمة المحافظة، , with other major cities including Beppu, Nakatsu, and Saiki.[2] Ōita Prefecture is located in the northeast of Kyūshū on the Bungo Channel, connecting the Pacific Ocean and Seto Inland Sea, across from Ehime Prefecture on the island of Shikoku. Ōita Prefecture is famous for its hot springs and is a popular tourist destination in Japan for its onsens and ryokans, particularly in and around the city of Beppu.

After the Meiji Restoration, districts from Bungo and Buzen provinces were combined to form Ōita Prefecture.[3] These provinces were divided among many local daimyōs and thus a large castle town never formed in Ōita. From this time that whole area became known as "Toyo-no-kuni", which means "Land of Abundance".

The origins of the name Ōita are documented in a report from the early 8th century called the Chronicles of Bungo (豊後国風土記code: ja is deprecated , bungonokuni-fudoki) .[4] According to the document, when Emperor Keikō visited the Kyushu region, stopping first in Toyo-no-kuni, he exclaimed that 'This is a vast land, indeed. It shall be known as Okita-Kuni!' Okita-Kuni, meaning "Land of the Great Fields", later came to be written as "Ōita". Present day interpretations based on Ōita's topography state that Oita's name comes from "Okita", meaning "many fields", rather than "vast" or "great" field, because of Ōita's complex terrain.[4]

In the Edo period (1603–1867) the town of Hita was the government seat for the entire domain of Kyushu, which was directly controlled by the national government or shōgun at that time. The region became well known for the money-lending industry based out of Hita. Merchants in Hita's Mameda and Kuma districts worked with the national government to create this money-lending industry known as Hita-kin.

انظر أيضاً: List of cities in Ōita Prefecture by population 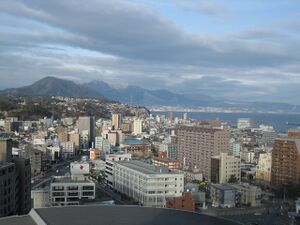 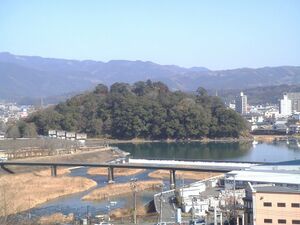 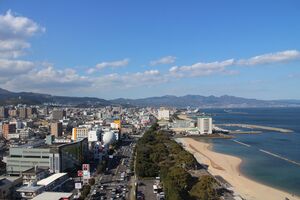 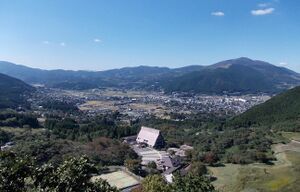 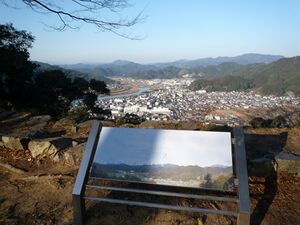 Currently, the prefecture has 14 cities, 3 districts, 3 towns, and one village. From 2005 to 2006, all municipalities but Beppu, Tsukumi, Himeshima, Hiji, and all towns in Kusu District, were merged, and the total municipalities went down from 58 on December 31, 2004, to 18 after the creation of the city of Kunisaki by merging with 4 towns from Higashikunisaki District on March 31, 2006. As a result, the prefecture became the one with the fewest municipalities within Kyūshū, and the fourth fewest in Japan. However, Ōita Prefecture now has the fewest towns (3) and fewest towns and villages combined (4) in all of Japan. 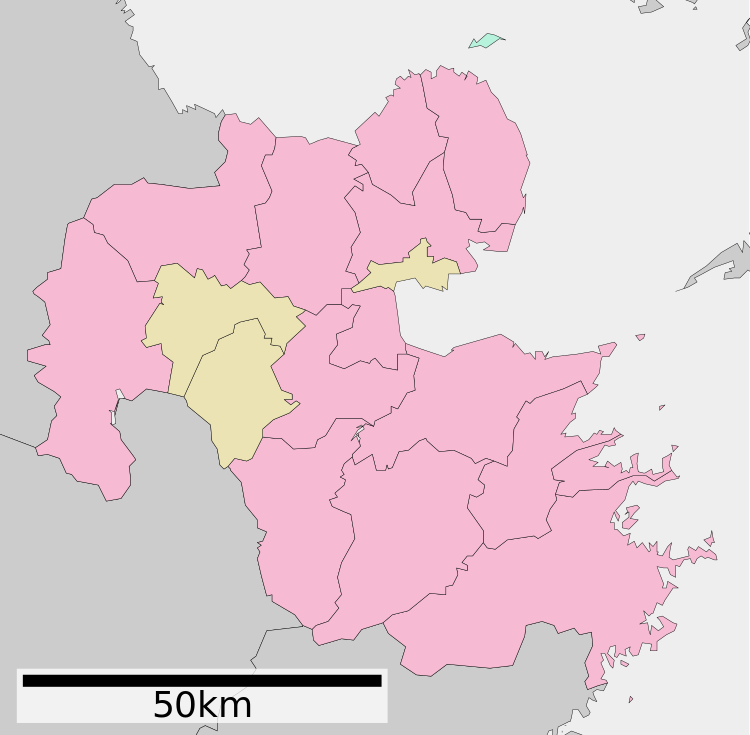 If the district dissolved, then the link will be in place.

Ōita is Japan's number one producer of the following products:[5]