Carl Celian Icahn (born February 16, 1936) is an American investor and business magnate. He is the founder and majority shareholder of Icahn Enterprises, a diversified conglomerate holding company based in New York City, formerly known as American Real Estate Partners. He is also Chairman of Federal-Mogul, an American developer, manufacturer and supplier of powertrain components and vehicle safety products.

In the 1980s Icahn developed a reputation as a "corporate raider" after profiting from the hostile takeover and asset stripping of the American airline TWA.[1][2] According to Forbes Magazine, Ichan has a net worth of $16.6 billion making him the 26th wealthiest person on the Forbes 400, and the 5th wealthiest hedge fund manager as of February 2017.[3]

According to Fortune Magazine, U.S. President Donald Trump asked Icahn to serve as a special adviser on financial regulation within his administration starting January 2017.[4]

This aircraft had originally been built in 1999 for TWA, as part of its last-minute fleet renewal, but due to Ichan's hostile take over was sold to American Airlines, instead.

In 1979, Icahn married Liba Trejbal, a ballerina from the former Czechoslovakia.[5][6][7] They separated in 1993 and divorced in 1999 after years of litigation during which Liba sought to invalidate a prenuptial agreement she had signed prior to their marriage, claiming duress as she was pregnant at the time.[8] Liba originally fought Icahn's offer of roughly $1.5 million a year because he was worth billions at the time and eventually settled for an undisclosed amount.[7][9] They have two children, one of whom is Brett Icahn.[5]

In 1999, Icahn married his longtime assistant and former broker, Gail Golden.[7] She has two children from a prior marriage.[5] 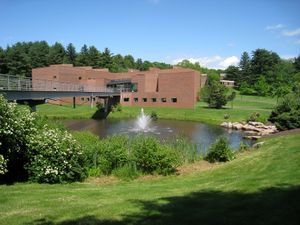 According to Forbes Magazine, Ichan has a net worth of $16.6 billion USD making him the 26th wealthiest person on the Forbes 400, and the 5th wealthiest hedge fund manager as of February 2017.[3]

Icahn Stadium on Randall's Island in New York City is named after him, as is the Carl C. Icahn Center for Science and Icahn Scholar Program at Choate Rosemary Hall, a prep school in Connecticut. This organization pays for tuition, room and board, books, and supplies for 10 students every year for four years (freshman-senior), an expense that adds up to about $160,000 per student.