The Anglo-Irish Treaty (بالأيرلندية: [An Conradh Angla-Éireannach] Error: {{Lang}}: text has italic markup (help)), commonly known as The Treaty and officially the Articles of Agreement for a Treaty Between Great Britain and Ireland, was an agreement between the government of the United Kingdom of Great Britain and Ireland and representatives of the Irish Republic that concluded the Irish War of Independence.[2] It provided for the establishment of the Irish Free State within a year as a self-governing dominion within the "community of nations known as the British Empire", a status "the same as that of the Dominion of Canada". It also provided Northern Ireland, which had been created by the Government of Ireland Act 1920, an option to opt out of the Irish Free State, which it exercised.

The agreement was signed in London on 6 December 1921, by representatives of the British government (which included Prime Minister David Lloyd George, who was head of the British delegates) and by representatives of the Irish Republic including Michael Collins and Arthur Griffith. The Irish representatives had plenipotentiary status (negotiators empowered to sign a treaty without reference back to their superiors) acting on behalf of the Irish Republic, though the British government declined to recognise that status. As required by its terms, the agreement was ratified by "a meeting" of the members elected to sit in the House of Commons of Southern Ireland and [separately] by the British Parliament. In reality, Dáil Éireann (the legislative assembly for the de facto Irish Republic) first debated then ratified the treaty; members then went ahead with the "meeting". Though the treaty was narrowly ratified, the split led to the Irish Civil War, which was won by the pro-treaty side.

Page from a draft of the Treaty, as annotated by Arthur Griffith

Among the treaty's main clauses were that:[3] 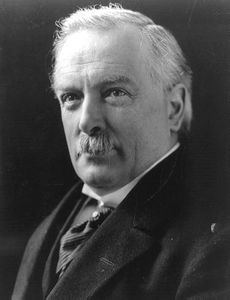 Arthur Griffith, Irish Minister for Foreign Affairs and leader of the Irish delegation

Robert Barton was the last surviving signatory. He died on 10 August 1975 at the age of 94.

Notably, the Irish President Éamon de Valera did not attend.

Robert Erskine Childers, the author of the Riddle of the Sands and former Clerk of the British House of Commons, served as one of the secretaries of the Irish delegation. Tom Jones was one of Lloyd George's principal assistants, and described the negotiations in his book Whitehall Diary.

Status of the Irish plenipotentiaries 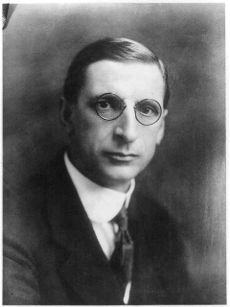 Éamon de Valera, who, as President of the Irish Republic, opposed the Treaty 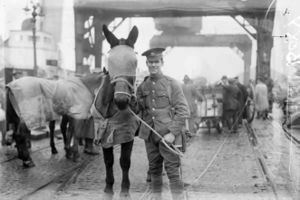