Americans love heart-healthy salmon, but with wild populations dwindling, most of the salmon we now eat is farmed, not caught. The problem is that salmon make bad farm animals; it takes 3 lb. of feed to grow 1 lb. of salmon.

AquaBounty's solution: splice in a gene from Chinook salmon with DNA from an eellike creature called an ocean pout. 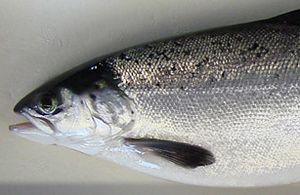 AquAdvantage Atlantic salmon can grow twice as fast, making them easier to farm. Environmentalists wary of the first edible genetically engineered animal aren't so sure, however, and have dubbed the creation Frankenfish.

A government hearing on the salmon ended inconclusively, but barring any changes, the fish could be