Sadreddin Nizamettinovich Maksudov was born on 23 July 1878 in Taşsu, outside of Kazan, the son of a mullah, and the younger brother of Hadi Maksudi, the well-known Jadidist. After the traditional mektep and medreseh education, he took the (then) unusual step of entering the Russian Teachers' College in Kazan (for which he was much criticized by his community at the time), then studied law in Paris.

Four years later, in 1906, he returned to Russia and began political activities that displayed a liberal nationalist tendency. Maksudi became the leader of the Muslim faction in the Russian parliament.

Sadri Maksudi Arsal was married to Kamile, the daughter of the gold-mining Rameev family of Orenburg, had two children - Adile and Naile. He died in Istanbul in 1957. He was interred at the Zincirlikuyu Cemetery in Istanbul. 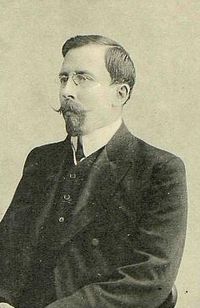 On his return to Russia in 1906, thanks to the rights conferred in 1905 to all the subjects of the Czar, he entered politics in order to voice issues concerning the Tatar people and the Muslim community. He found himself elected at a very young age as a deputy of the (liberal) Kadet Party to the II. and III. Dumas. At the Duma, he favored a centrally administered cultural autonomy for all Russia's Muslims until it was apparent that the Volga Tatars, who mainly promoted this solution, had been abandoned by the other Turkic Muslims of the Russian Empire.

Political Leader/Statesman – Maksudi was the leader of the first state formation (in the 20th century) in his native Idel-Ural State since the fall of the Kazan Khanate to the Moscovite princedom in 1552. Like all the other peoples within czarist Russia, the Turkic peoples of Russia undertook political ventures with the advent of the 1917 Revolution. After the various “Moslem congresses” taking place in 1917, during which different and conflicting opinions were expressed concerning the political future of the Turkic peoples of Russia, the “National-Cultural Autonomy of the Turco-Tatars of Inner Russia and Siberia” was proclaimed in Ufa (in present-day Bashkortostan) on 22 July 1917, with a constitution drafted by Maksudi. General elections were held soon thereafter and a National Assembly (Milli Meclis) was convened in November. Maksudi was elected its president. The formation of a “National Council” composed of three ministries, also headed by Maksudi, followed. The autonomous government was gathering momentum with a project to turn itself into the independent "Idel-Ural State". But this was not to be. The Bolsheviks would not allow it. The National Assembly would stop convening and the National Council would be abolished by April 1918. After the defeat of the Tatar nationalists at the hands of Stalin and Tatar Communists, Maksudi emigrated to Finland. In 1919, he delivered a diplomatic note concerned with the demands of the Muslims of European Russia to the Versailles Peace Conference, along with Gayaz Iskhaki. In the early 1920s Maksudi was in Berlin where he began a scholarly career which he vigorously continued after he arrived in Ankara in 1925.

Scholar/Academic - Settled for a time in Paris, Maksudi started teaching the history of the Turks at the University of Sorbonne. But a lecture tour he made in 1924 in the new Turkish Republic was to bring about a radical change in his life. In 1925 he received a letter from Hamdullah Suphi, then president of Türk Ocakları (Turkish Hearths/Cultural Centers) informing him that “Gazi hazretleri (His Excellency the Ghazi Atatürk)” was inviting him to Turkey. In Turkey, Ord. Prof. Sadri Maksudi Arsal (as he would become eventually) emerged as a multi-faceted thinker, a scholar whose work in the fields of law, history, philosophy, linguistics and sociology made a rarely found contribution to the world of ideas and scholarship during the founding years of the Turkish Republic. A major figure in national history (he would be nominated a candidate at the presidential elections in 1950), Arsal tried to propagate his ideas through his books, scholarly writings, newspaper articles, lectures at the university, and speeches at the parliament.

Man of law – A graduate of the Paris Faculty of Law, Arsal was one of the founding faculty members of the Ankara School of Law (as it was then called) opened in 1925. He taught for many years in that faculty then later at Istanbul University. His Hukukun Umumi Esasları (General Principles of Law, 1937), Hukuk Tarihi Dersleri (Lectures in the History of Law, 1938), Umumi Hukuk Tarihi (History of General Law, 1941), Hukuk Felsefesi Tarihi (History of the Philosophy of Law, 1946), and Türk Tarihi ve Hukuk (Turkish History and Law, 1947) have been valuable contributions to the development of the teaching of law in Turkey. However, his major contribution to legal studies has been his establishing the discipline of History of Turkish Law, a course which is today a standard element in legal studies curricula in Turkey. He laid the foundations of this course, and taught it for the first time in the world.

He had a second career in إيطاليا, where he was invited to help build the newly founded Republic (and where he adopted the additional surname, "Arsal"), as a close associate of Kemal Atatürk, contributing to the language reform as well as to the turn Turkish historiography would take, while at the same time serving as a member of parliament, and pursuing an academic career as a member of the faculties of law of Ankara and Istanbul universities from which he would retire as an "ordinarius professor."

Member of Parliament - A frequent guest at Atatürk's dinner table during meals that functioned as workshops or "fora"; or, put in another way, one of the persons whose advice Atatürk sought, Arsal was twice a member of parliament during the one-party period: a representative of Şebinkarahisar between 1931 and 1935, and of Giresun between 1935 and 1939. He devoted himself totally to academic life after that, with the one exception between 1950 and 1954 when he was elected as a Demokrat Parti deputy representing Ankara.

His influence on the establishment of the Language and Historical Societies – Arsal played a decisive role in the establishment of both the Society for the Study of the Turkish Language (later the Turkish Language Institution), and the Society for the Study of Turkish History (later Turkish Historical Institution). He authored much of Türk Tarihinin Anahatları (Outlines of Turkish History, 1930), that reflected the official history of the period. Arsal has also made a major contribution to the language reform. He collected his essays on the subject in a volume titled Türk Dili İçin (For the Turkish Language, 1930), a work that was a turning point for the language reform and which Atatürk endorsed by writing a preface. Some of Atatürk's compendious statements in that preface are oft repeated in our day and have been engraved on the inscription that is in front of the Türk Dil Kurumu (Turkish Language Institute) building in Ankara.

Nationalist - Arsal's last endeavor was to publish in 1955 Milliyet Duygusunun Sosyolojik Esasları (Sociological Bases of the Nationalist Feeling) which he called his "spiritual testament." Putting on paper a lifetime's study and reflection, Arsal discussed in this work the concept of nationality and developed a modern theory of nationalism. In the book, he argues that contemporary nationalism should distance itself from chauvinism and, just like the religious sphere did, adopt a rational stance. 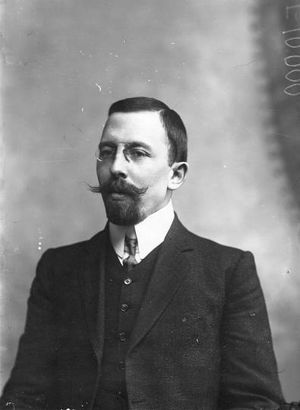