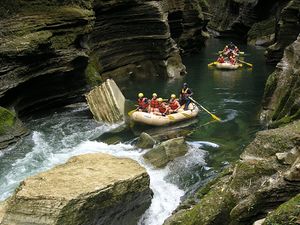 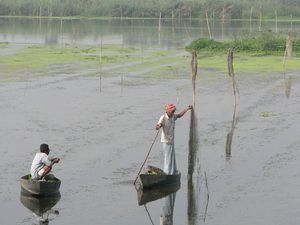 Sustainable fishing in India, an example of wise use. 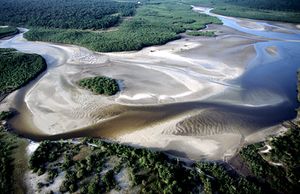 The Ramsar Sites Information Service (RSIS) is a searchable database which provides information on each Ramsar Site. 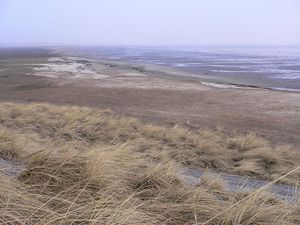 Wadden Sea is a Transboundary Ramsar Site covering 13 Ramsar sites in Denmark, Germany and the Netherlands

As of 2016 there are 18 Transboundary Ramsar Sites.

As of 2016 there are 15 Ramsar Regional Initiatives covering regions of the Mediterranean, Asia, Africa and South America.

The Ramsar Convention works closely with six other organisations known as International Organization Partners (IOPs). These are:

These organizations support the work of the Convention by providing expert technical advice, helping implement field studies, and providing financial support. The IOPs also participate regularly as observers in all meetings of the Conference of the Parties and as full members of the Scientific and Technical Review Panel.

The Convention collaborates with a network of partners:

Bodies established by the Convention

Conference of the Parties (COP)

Conference of the Parties (COP) is the Convention's governing body consisting of all governments that have ratified the treaty. This ultimate authority reviews progress under the Convention, identifies new priorities, and sets work plans for members. The COP can also make amendments to the Convention, create expert advisory bodies, review progress reports by member nations, and collaborate with other international organizations and agreements.

The Standing Committee is the intersessional executive body which represents the COP between its triennial meetings, within the framework of the decisions made by the COP. The Contracting Parties that are members of the Standing Committee are elected by each meeting of the COP to serve for the three years until the next one. 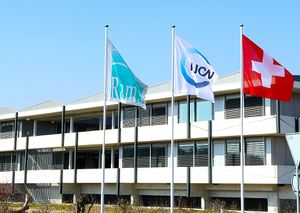 The Scientific and Technical Review Panel provides scientific and technical guidance to the Conference of the Parties, the Standing Committee, and the Ramsar Secretariat.

The Secretariat carries out the day-to-day coordination of the Convention’s activities. It is based at the headquarters of the International Union for the Conservation of Nature (IUCN) in Gland, سويسرا.

The implementation of the Ramsar Convention is a continuing partnership between the Contracting Parties, the Standing Committee, and the Convention Secretariat, with the advice of the subsidiary expert body, the Scientific and Technical Review Panel (STRP), and the support of the International Organization Partners (IOPs). 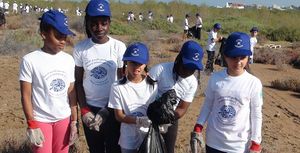