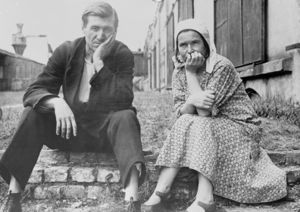 Ethnic Germans from the Volga region at a refugee camp in Schneidemühl, Germany, in 1920 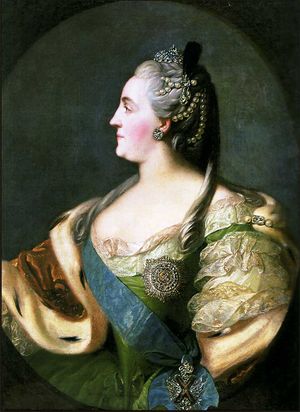 In 1762, Catherine II, born a German princess and a native of Stettin, Pomerania, deposed her husband Peter III, born a German prince in Kiel, and took the Russian imperial throne. Catherine the Great published manifestos in 1762 and 1763 inviting Europeans (except Jews)[3] to immigrate and become Russian citizens and farm Russian lands while maintaining their language and culture. Although the first received little response, the second improved the benefits offered and was more successful in attracting colonists. People in other countries such as France and England were more inclined to migrate to the colonies in the Americas than to the Russian frontier. Other countries, such as Austria, forbade emigration. The settlers came mainly from Bavaria, Baden, Hesse, the Palatinate, and the Rhineland, over the years 1763 to 1767.

The early German settlements were attacked during the Pugachev uprising, which was centred on the Volga area, but they survived the rebellion. According to Darrel P. Kaiser, "Kazakh-Kirghiz tribesmen kidnapped 1573 settlers from colonies in 1774 alone and only half were successfully ransomed. The rest were killed or enslaved."[4] 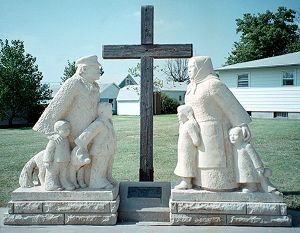