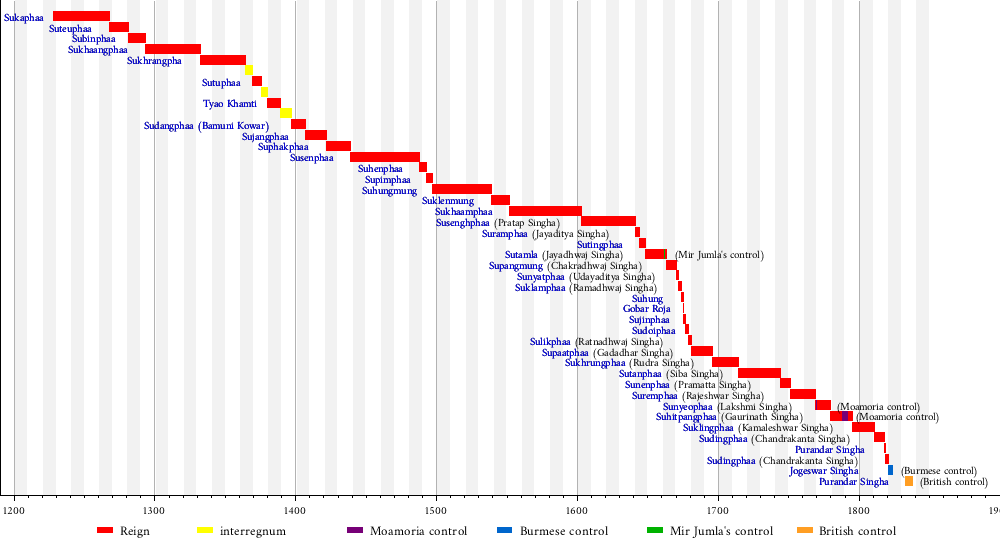 In the nearly 600-years 39-Swargadeo dynastic history, there are three progenitor kings (all subsequent kings are descendants of these kings). They are Sukaphaa, who established the kingdom; Suhungmung, who made the greatest territorial and political expansion of the kingdom; and Supaatphaa, who established the House of Tungkhugia kings that reigned the kingdom during its political and cultural zenith, as well as the period of decay and end (except for Jogeswar Singha, who was a descendant of Supaatphaa's father Gobar, and who was installed as a puppet king by the Burmese).

The dynastic history and dates that are accepted today are the result of a re-examination of Ahom and other documents by a team of Nora astronomers and experts who were commissioned to do so by Gaurinath Singha (1780–1795).[1]