Note: Namibia, Oman, and USA currently have ODI status, but do not have enough recent results to appear in the rankings table. 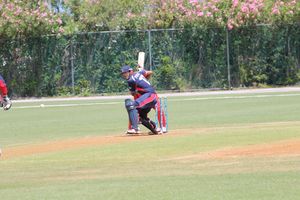 The ICC provides ratings for the end of each month back to October 2002. This table lists the teams that have successively held the highest rating since that date, by whole month periods.

In 2011, the ICC applied its rating system to results since 1981, providing ratings for the end of each month back to 1981, further indicating Australia's historical dominance in ODI Cricket with the highest number of months ranked first (198 months). The table only begins from 1981 as, prior to this date, there is not enough data available due to the infrequency of matches and the small number of competing teams in the earlier periods.

The teams that have successively held the highest rating since January 1981 till September 2002, by whole month periods, are:

The summary of teams that have held the highest rating since 1981 till present by whole month periods, are:

Each time two teams play another match, the rankings table is updated as follows, based on the ratings of the teams immediately before they played. To determine the teams' new ratings after a particular match, first calculate the points earned from the match:

If the gap between the ratings of the two teams before the match was less than 40 points, then:

If the gap between the ratings of the two teams before the match was at least 40 points, then: