Creating life in the lab? It wasn't such a stretch for J. Craig Venter, who successfully co-mapped the human genome in 2001.

Even while completing that feat, the genetic cartographer wondered if he could string together DNA and make life of the bacterial kind from scratch. 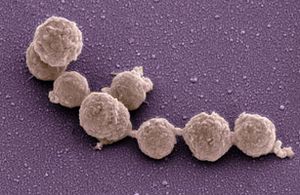 So like a biological Lego builder, he started with off-the-shelf chemicals and, after 15 years of painstaking trial and error, managed to reconstruct the genome of a bacterium that successfully "booted up," dividing and replicating just like any other bug.

Such synthetic life, he hopes, will make it possible to, among other things, generate new forms of man-made biofuel and speed up vaccine production by making it easier to create large amounts of whichever strains of influenza are circulating in a particular season.