Yusuf Akçura (بالتتارية: Йосыф Акчура; 2 December 1876 – 11 March 1935) was a prominent Turkish politician, writer and ideologist of ethnic Tatar origin. He developed into a prominent ideologue and advocate of Pan-Turkism during the early republican period, whose writings became widely read and who became one of the leading university professors in Istanbul. 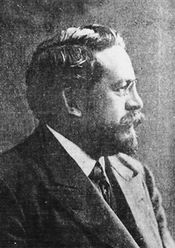 Yusuf Akçura in his early days

He was born in Simbirsk, Russian Empire to a Tatar family and lived there until he and his mother emigrated to the Ottoman Empire when he was seven. He was educated in Constantinople and entered the Harbiye Mektebi (Military College) in 1895, before taking up a post in the Erkan-i Harbiye (General Staff Course), a prestigious training programme for the Ottoman military. He failed to complete this course as he was accused of belonging to a seditious movement and was exiled to Fezzan.

He escaped exile in 1899 and made his way to Paris where he began to emerge as a staunch advocate of Turkish nationalism. He returned to Russia in 1903 and began to write extensively on the topic. He garnered most attention for his 1904 work Üç Tarz-ı Siyaset (Three Policies), which was originally printed in the Cairo-based magazine Türk. The work called on Turks to abandon the multi-ethnic Ottoman Empire and instead to turn wholly to their Turkish identity. Initially dismissed as an extremist, his ideas began to find more favour after the Young Turk Revolution and the proclamation of the Second Constitutional Era (limited form of democracy). He was one of the co-founders of Ittifaq al-Muslimin. 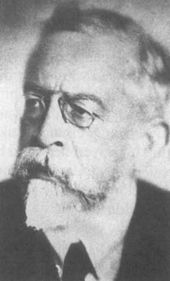 With a growing feeling of nationalism in the country, he returned and founded the journal Türk Yurdu, which sought to become the intellectual force behind the growth of nationalism. Differing from the regime somewhat, he defined the Turkish identity in purely ethnic terms and came to look outside the borders of the country for a kinship with other Turkic peoples. he also called for creation of a national economy and a move away from Islamic values (an area in which he clashed with Ziya Gökalp, as Akçura wanted a secular Turkey, fearing that Pan-Islamism would hinder nationalist development), meaning that he was largely sympathetic to كمال أتاتورك.

He died in Istanbul in 1935. He was laid to rest at the Edirnekapı Martyr's Cemetery في اسطنبول.