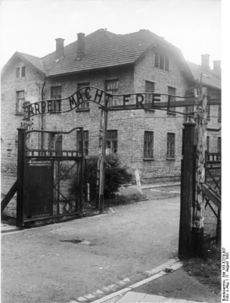 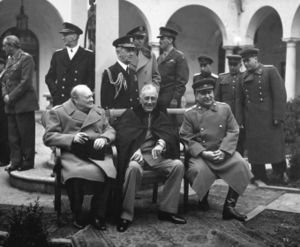 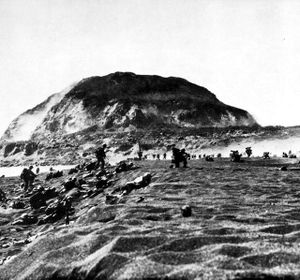 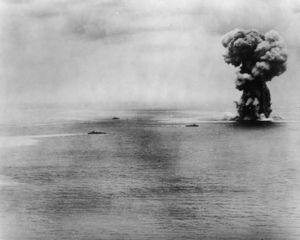 The Japanese battleship Yamato explodes after persistent attacks from U.S. aircraft during the Battle of Okinawa, 7 April 1945. 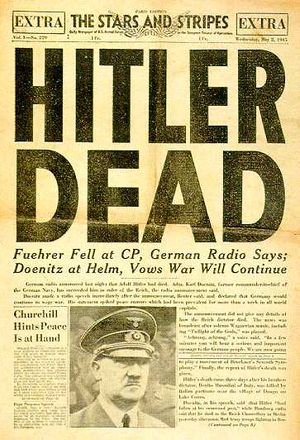 Adolf Hitler, along with his wife Eva Braun, committed suicide on 30 April 1945. 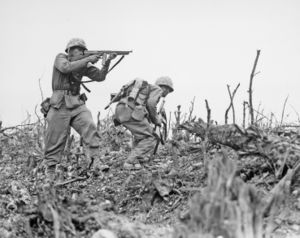 Marines of 1st Marine Division fighting on Okinawa, May 1945. 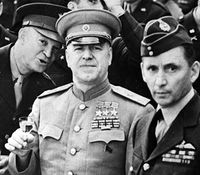 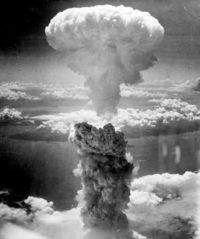 August 9: The mushroom cloud from the nuclear bomb dropped on Nagasaki rising 18 km into the air. 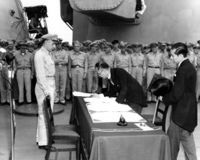 September 2: Japan signs the Instrument of Surrender aboard the USS Missouri.

October 24: The United Nations is formed. This was its flag. The modern version is slightly retouched. 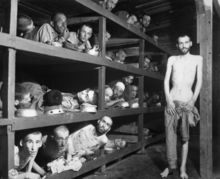