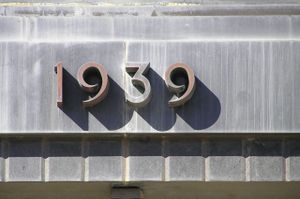 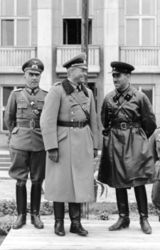 Common parade of Wehrmacht and Red Army in Brest at the end of the Invasion of Poland. At the center Major General Heinz Guderian and Brigadier Semyon Krivoshein.

Princess Irene of the Netherlands