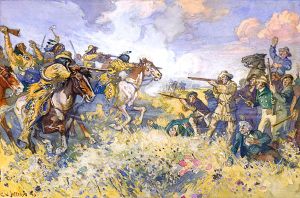 This year was known as the Year Without a Summer, because of low temperatures in the Northern Hemisphere, the result of the Mount Tambora volcanic eruption in Indonesia in 1815. The sulfur from this eruption reflected the sun's rays and caused severe global cooling, catastrophic in some locations.

Maria I of Portugal