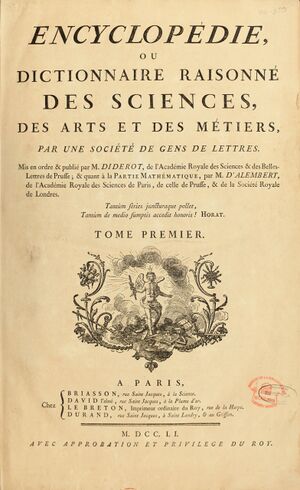 The Encyclopédie is first published.

King Frederick I of Sweden